Today I want to share some information about depression with you. I’ll start with some basic facts, like the actual title of depression: Major Depressive Disorder (abbreviated MDD).
People typically think of depression as extreme sadness. While sadness is one symptom of depression, it’s just the tip of the iceberg. There are a lot of symptoms that often get overlooked, like:

If you or someone you know is experiencing thoughts of suicide, please contact your local emergency service providers, 911, or call a national hotline such as the National Suicide Prevention Hotline at (800) 273-8255.

Most people I’ve worked with who have depression describe it as feeling empty, chronically bored, or just “blah.” 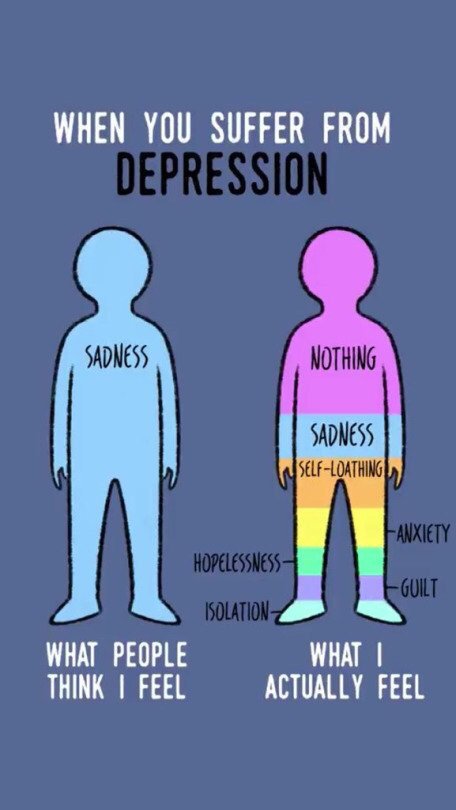 Another thing to know about depression is that it comes on without reason. You could have these symptoms for a variety of reasons, like the death of a family member or friend, and still not be diagnosed with MDD.But if you get about half of these symptoms and can’t really figure out why, you might have MDD. Please consult a medical and/or psychiatric professional if you think that you may have MDD.

People with MDD aren’t depressed 100% of the time. A period of depression (depressive episode) is typically 2 weeks or more, but eventually goes away. It’s not very predictable. And it isn’t a matter of willpower. I can promise you that if they could, just about everyone with depression would stop being depressed immediately.

Medication isn’t the only way to manage symptoms. Medication is typically a really important component of the treatment and recovery process, but it isn’t the only thing you can do. Therapy can be really helpful for some people struggling with depression. A nutritious diet and regular exercise can also help a great deal with depressive symptoms. Having a strong support system is also really important to recovery. Using all of these together can be really beneficial to your recovery.

The best description I’ve found for the depressed experience is in two of Allie’s posts. You can read them here and here (or click the pictures). 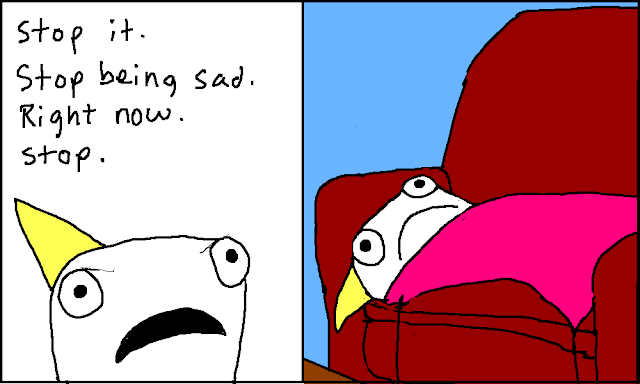 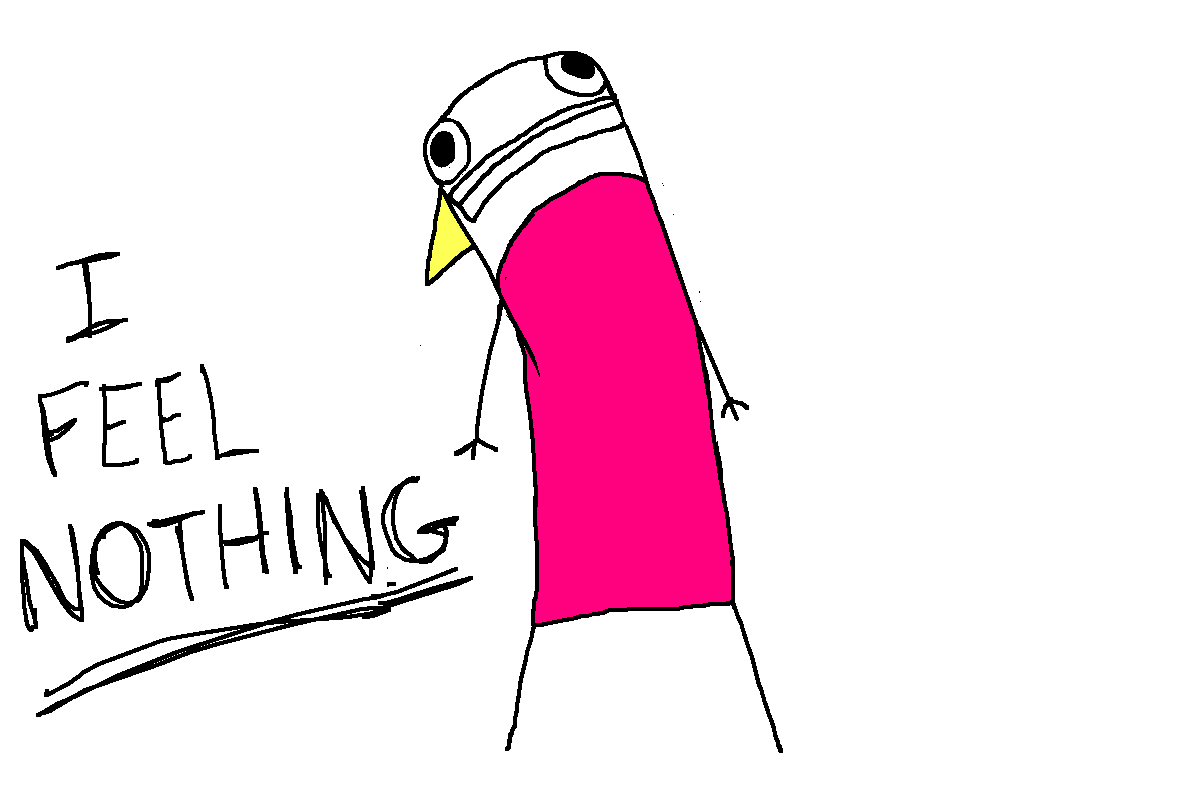 On top of MDD, there’s also Persistent Depressive Disorder (abbreviated PDD), previously called Dysthymia. Not a lot of people I have talked to have heard of PDD. If you think about depression as feeling really crappy for a while, PDD is feeling kind of crappy for a really long time (at least 2 years).

With PDD, you have symptoms more often than you don’t have symptoms. And you’ve never not had symptoms for more than two months. The symptoms for PDD are almost exactly the same as MDD, except thoughts of death or suicide are not included. Crummy, right?

So now that I’ve thrown a bunch of symptoms, big words, and counseling jargon at you, here’s a list of what you need to know about depression:

Where did you learn about depression? How accurate was it?

2 thoughts on “Important Facts About Depression”